“To support a fair and competitive vehicle import industry”

AIMVIA is an association that represents businesses associated with the importation, preparation, and sale of used vehicles; founding members include international logistics, shipping and inspection companies, as well as importers, compliance specialists and vehicle retailers.

Our position is that Australian consumers and motorists should be entitled and enabled to access the widest possible choice of quality used vehicles that comply with Australia’s safety and environmental standards. Such choice would ensure competition and the best possible pricing of vehicles.

The creation and expansion of a used vehicle importation industry would create opportunity not only for consumers, but Australian entrepreneurs; mitigating the loss of employment and other damages caused by the withdrawal of the vehicle manufacturing companies.

How do we create competition on New Car Pricing?

Allow parallel importation of vehicles up to 5 years old at time of importation by registered importers.

Competition in the marketplace is essential in order for Australian motorists to have the highest quality vehicles at globally competitive pricing. The current Motor Vehicle Standards Act 1989 restricts the importation of new or used motor vehicles that are supplied to the market under a full volume approval to importation only by the holder of that approval. In the absence of competition from new and used parallel imported vehicles, the manufacturers and their distribution agencies in Australia have had no pressure on keeping their pricing in line with global markets. Australian Motorists and the Australian economy will be far better off if Government adopts a new system that promotes competition whilst maintaining controls to ensure only quality vehicles meeting the applicable safety standards enter the Australian fleet.

How do we create choice for consumers?

Allow consumers to shop overseas for eligible vehicles and create a system of approved importers to assist consumers with the importation of their vehicles.

New vehicle sales in 2014 was reported as 1,113,224 units. This total includes new Rental car, Government vehicle and leasing company purchases. The actual number of retail consumers buying vehicles was closer to 550,000 units than 1.1million. In the used vehicle market more than 5million vehicles were sold in Australia in 2014. This statistic demonstrates that the majority of Australians are not new car buyers.

State of the Nation Report released by Roy Morgan Research 4th June 2014 revealed that more than 50% of Australian Consumers shop online. A great number of these consumers are buying overseas a trend which is continuing to grow in many retail sectors.

Safety of the Australian fleet

How do we ensure the safety of the Australian Fleet?

Controls such as the inspection of every used imported vehicle by an independent inspectorate and limitation of age of a parallel imported vehicle to 5 years unless it is an eligible special interest vehicle.

Vehicle age is often used as a proxy for the safety of the fleet. Recognising this, we endorse the adoption of the Productivity Commission report recommendation of a restriction of parallel importation of vehicles aged 5 years old or younger.

The numbers of vehicles that are likely to be imported to Australia if the market becomes competitive on new car pricing is very low. In the UK where vehicles up to 10 years old are able to be imported and registered without restriction, the number of new vehicle sales in 2014 was 2.4million. Less than 20,000 used imported vehicles were licenced in the same period.

We would contend that given the chance, consumers would buy a later model vehicle if it was presented at a cheaper cost. This would essentially retire vehicles earlier out of the Australian fleet and reduce the overall age of the fleet.

Renewal of the Specialist and Enthusiast Vehicle Scheme (SEVS)

What should we do with SEVS?

Allow vehicles that meet specialist criteria to be imported regardless of the supply of the vehicle to the Australian market by a manufacturer or not.

The Specialist and Enthusiast Vehicle Scheme (SEVS) was devised in 2000 as part of the MVSA review at that time. It does not reflect current market needs and the industry as a sector requires renewal of the Scheme in order for their businesses to remain viable.

The current SEVS regulations restrict the eligibility of a vehicle which has been supplied under ‘full volume’ compliance arrangements even if the manufacturer only supplies one solitary vehicle to the market.

Out of 840 vehicles currently on the SEVS eligible register, only 20 vehicle models were imported in numbers exceeding 20 units in 2014.

How do we employ those who have lost their jobs in the automotive manufacturing industry?

The figures quoted by Hon. Mr. Roberts are only for NSW. National used vehicles sales and maintenance generates employment. The new car industry does not require the same level of human involvement in order to supply a vehicle to an Australian customer.

Out of 840 vehicles currently on the SEVS eligible register, only 20 vehicle models were imported in numbers exceeding 20 units in 2014.

How do we reduce bureaucratic burden?

Allow industry to assist in the administration of the new system. The appointment of independent inspectorates by the Department to not only inspect all vehicles but also process their entry into the fleet in real time.

The current MVSA imposes a significant amount of regulatory and bureaucratic burden on the Australian Government (Tax Payers) and Industry.

The industry believes there is a significant opportunity with the review of the MVSA to reduce bureaucratic burden:

How do we ensure a level playing field?

The current MVSA also currently favours one group of importers over another. The importers of new vehicles have far greater freedom and access to the market than importers of used vehicles.

How do we ensure the automotive industry which is going to be 100% imported does not result in all the profits being transferred out of Australia?

When vehicle manufacturing ceases in Australia in 2017, 100% of the vehicles entering the market from that point on will be imported.

New vehicle distribution in Australia is almost entirely through subsidiaries of overseas manufacturers. The practice of transfer pricing of profit out of Australia to countries with lower taxation is already rife.

Parallel imported vehicles will be imported by local Australian companies which will employ Australians and owned by Australian shareholders and pay tax in Australia.

Why should Australian Enthusiasts miss out on special and collectable models built in low numbers and only in LHD?

Ultra low production vehicles should be allowed certain certification exemptions and registration in LHD if they are provided with lighting and signalling meeting Australian standards including driving on the left hand side of the road.

Australia is one of the very few markets in the world that has a type approval system for all vehicles entering the fleet. There is no single vehicle approval system and no allowance for registration of vehicles less than 30 years old that are LHD

Industry proposes the definition of an Ultra low production vehicles be:

Ultra low production vehicles would be given an exemption on the following elements of compliance:

The relative low number of vehicles that would enter the fleet under these arrangements would not impact the safety of the fleet and would allow collectable and special vehicles to be available in Australia.

How do we ensure Australians’ remain protected by Australian Consumer Law?

Parallel imported vehicles should be required to be imported by established Australian businesses. This guarantees accountability under Australian law.

Firstly, franchised dealers in most jurisdictions are prevented by their franchise agreements from selling for export.

Secondly, consumers who purchase direct from overseas would not enjoy the protection of Australian consumer law, e.g. warranties.

Industry proposes that the importation of quality used vehicles should occur through the established channels of Australian businesses, preferably licensed. This would ensure that consumers get the protection afforded them by Australian law.

AIMVIA is an association that represents businesses associated with the importation, preparation, and sale of used vehicles; founding members include international logistics, shipping and inspection companies, as well as importers, compliance specialists and vehicle retailers.

AIMVIA’s position is that Australian consumers and motorists should be entitled and enabled to access the widest possible choice of quality used vehicles that comply with Australia’s safety and environmental standards. Such choice would ensure competition and the best possible pricing of vehicles.

AIMVIA policy is supported by the recent recommendations of the Productivity Commissionand the Harper Panel’s review of the Competition Policy.

The Australian Imported Motor Vehicle Industry Association is the independent voice of an industry that’s poised for growth. Our Members represent a wide spectrum of organisations and businesses with interests in vehicle imports and sales.

With big changes afoot in the market, there’s never been a better time to take a pro-active stance with Government at both the State and Federal level.

THE BENEFITS OF MEMBERSHIP

As an AIMVIA Member you will have the opportunity to contribute to submissions to Government at all levels. These submissions include those relating to the Motor Vehicles Standards Act, Competition Policy, LCT Luxury Car Tax, grey imports, intelligence ownership, SEVS, odometer certification and more.

You will also receive e-alerts of AIMVIA Board decisions and breaking news. You’ll be able to see how AIMVIA is addressing the issues that affect everyone in the vehicle import business.

Government’s preference is to deal with independent industry bodies rather than directly with commercial players. Your involvement and support will enable AIMVIA to play a constructive role in supporting the common goals of the industry.

YOUR INDUSTRY NEEDS YOUR SUPPORT

There are big changes on the road ahead. Now is the time to get involved with AIMVIA and ensure a powerful voice for the imported motor vehicle industry. 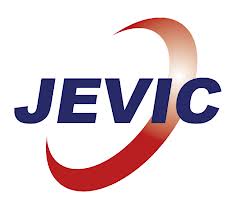